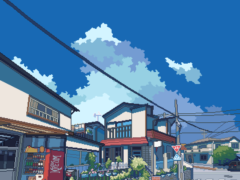 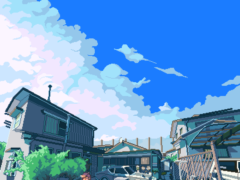 Gutty Kreum is a Canada-based pixel artist. Heavily influenced by both urban and rural Japan, he tries bringing a feeling of nostalgia and calmness with every illustration. His work has also been featured in the physical and digital version of the book ‘The Masters of Pixel Art – volume 3’.

He has also worked on backgrounds for the video game ‘River City Girls’ by Wayforward and continues work centered around game development by creating pixel-art tilesets.