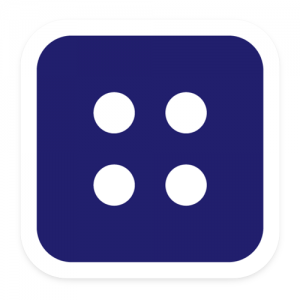 Blockstack PBC, under the direction of Muneeb Ali, has been developing the Stacks blockchain for a number of years. With the coming launch of Stacks 2.0, the project is moving forward with two key interrelated procedures, Proof of Transfer (PoX) and Stacking. In addition, a big bag of the STX cryptocurrency has gone to the Blocks Foundation which is using it to fund projects that support the growth of the ecosystem. Among those recently considered for grants are three with a focus on NFT-based art and collectibles.

Blockstack’s history goes back to 2013 at Princeton where Muneeb Ali and Ryan Shea founded the company which became Blockstack PBC. A lot has happened since then with a great deal of money raised, many developers on board and the first SEC-qualified offering of a token in the U.S., the Stacks (STX) token. The future looks very interesting with the upcoming launch of Stacks 2.0 and many changes for the founding organization.

Proof of Transfer and Stacking

Two concepts are key to understanding how both miners and STX holders work together to support consensus and secure the Stacks blockchain, Proof of Transfer (PoX) and Stacking.

In a blog post from February, Blockstack PBC cofounder Muneeb Ali describes Proof of Transfer as an approach that “harnesses” Bitcoin’s “durability” to secure the Stacks blockchain:

“On a PoX blockchain, rather than committing computational resources, miners commit financial resources by transferring the PoW cryptocurrency of the more established blockchain to some other participant in the network. In turn, these miners are rewarded the new blockchain’s cryptocurrency.”

This approach “anchors” Stacks to Bitcoin’s Proof-of-Work blockchain. In this system, miners deposit Bitcoin which is then used to reward those holding STX, the cryptocurrency associated with the Stacks blockchain. Miners’ then “write new blocks on the Stacks blockchain and earn rewards in the form of newly minted Stacks (STX) tokens.”

Holding STX, in which “token holders must lock up their tokens for the time period they want to participate,” is called Stacking. Those who stack are rewarded with Bitcoin from miners and, in the process, help enhance network security.

These two procedures, Proof of Transfer and Stacking, tie the Stacks blockchain to the Bitcoin blockchain while supporting PoX consensus and securing the network. More on these two key concepts can be found in the blog post, Stacking Earnings Model from the Blockstack Blog.

Blockstack’s 2019 token sale raised $23 million. A big chunk of STX tokens were recently used to fund the Stacks Foundation and support the nonprofit in furthering the development of the Blockstack ecosystem.

An early initiative of the Foundation is a beta Grants Program offering up to $5000 US for relevant projects. There have been over 20 proposals to date, two of which are relevant to cryptoartists and have been funded. In addition, a closed project offers some provocative ideas for those considering the future of NFTs.

OpenRiff is a “marketplace for collectibles” featuring NFTs. It was inspired by the OpenSea marketplace and will draw, in part, on OpenSea Whitelabel Marketplace resources.

Risidio Auctions will start with auctions of “Digital Collectibles on Stacks 2.0” and is being developed by the creators of Loopbomb and RADICLE. They also reference OpenSea in their application with more of a focus on OpenSea’s limitations, including Eth gas prices, which are also a problem for Loopbomb.

The overall plan is to:
“build bidding software on Stacks 2.0 that starts with the small, but rapidly growing, marketplace of Digital Collectibles and reaches beyond this to the multi-billion dollar markets in auctions of real world physical assets.”

Smartists proposed the development of “Private Art Studios on the Internet of Value” but the grant application has been withdrawn. This ambitious project was intended to allow artists to not only share work but to sell work directly to collectors.

Focused on those artists with a DIY mindset wanting to move away from centralized platforms for art sales, the Smartists proposal also has some interesting solutions to managing the rights offered in such sales. Definitely worth a look for how the concept addresses artist networking and sales as well as next steps for those that believe NFTs are the future of rights management.

I’m currently participating in the Freehold project (Twitter) which is an experiment in building community and turning products into movements. This blog post is my first contribution. I’m participating in order to learn more about Stacks, for participant compensation and to see how the approaches of programs like Freehold might contribute to CryptoArtNet.

I will also be keeping track of NFT-related developments and sharing those here on CryptoArtNet News.