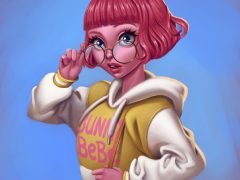 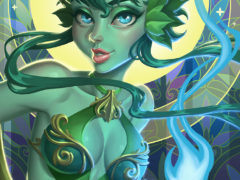 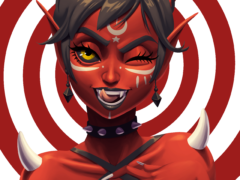 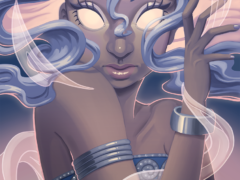 Shelly Soneja is an artist from the Philippines.

She works as an Art Director for Altitude Games, one of the leading mobile game studios in South East Asia, where she manages and mentors a team of 10+ artists. Previous work experience includes being a digital colorist and team leader in an outsourcing art studio, where she worked on storyboards and animatics for advertising agencies around the world. For several years, she was also a full-time freelancer working on a variety of projects like comics, illustrations, and video game art.

For her personal work, her favorite subject matter is women depicted in various themes, moods, and personalities which are greatly influenced by the countless cartoons, comics, and video games that she grew up with.

Active in local comic conventions, she released and sold various prints and zines of her artworks.

Aside from art, she loves to play video games, play the ukulele, and make electronic music.