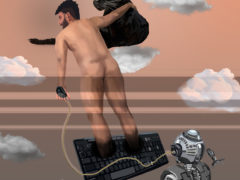 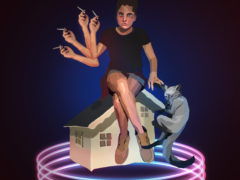 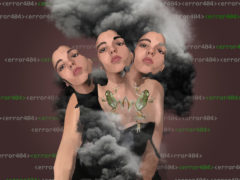 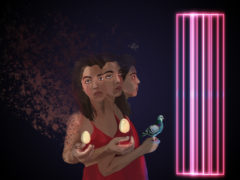 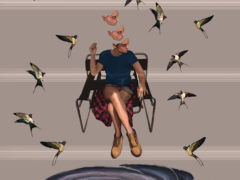 I am interested in the role as intermediary of the humans in the interaction between culture and nature. It is amazing to think us as the link that binds two such dissimilar phenomena. Nature, on one hand, with its slow but sure evolutionary time. And culture, on the other hand, with its frenetic times of increasingly rapid changes upon reality.

I usually work with three types of elements:

-Animals that represent the natural stability of the bodies.

-Futuristic technology that symbolize the speed of human action on their own circumstances.

-And humans, who always seem to be in motion and broken by the different times that they go through.

The pieces are not intended to be optimistic or pessimistic about the future. They intend to show the complexity of the times that lie ahead. They try to warn us about the human creativity, because is gaining such speed that it may provoke the risk of getting out of control and exceed (even if it is our own creation) the capacities of human reflection.

Sorry, there were no items that matched your criteria.