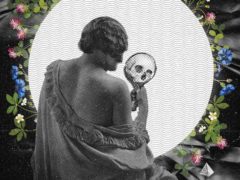 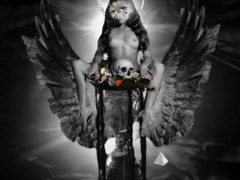 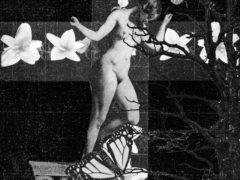 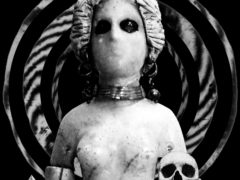 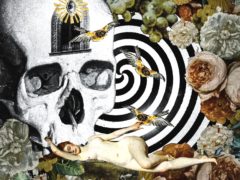 Joan is a multi-media artist, video editor, musician, and poet. She holds a degree in Philosophy and Religious Studies. She loves nature, family, mythology, and religious art. She feels lost in the modern world and nostalgic for an ancient time well before her own.

Joan Pope is the creator of Sex-Death-Rebirth, a religious art movement for the new world. She is immersed in utter devotion to her ministry, an audio-visual feast of Sex and the Sacred bound inextricably to light, colour and sound. Sex-Death-Rebirth is an emanation of pure desire and her work is always an act of worship; each prayer she sends is a sign and a sigil of humming flesh and communion. This project is a hypnotic barrage of imagery, word, and sound which brings together many ancient ideas through the modern streams of social media and forces you to bear witness. Sex-Death-Rebirth is the glue that holds Joan’s work together, the Logos.

Joan is also the creator of Temple ov Saturn, which serves an exoteric function in the Sex-Death-Rebirth universe. Temple ov Saturn provides a means to communicate sonic and visual allegories that express the teachings of Sex-Death-Rebirth. Transmitting via music, art, video, augmented reality, virtual reality, social media, print zines and books, Joan is revealing the sacred in everyday life, the secrets of the cycles of nature and time, and the knowledge of sex and death.

The teachings are meant to be implicit, not explicit. There is no dogma here. Allow yourself to hear the vision. Read the soul. Follow the words through to what you already know but cannot express. Find the knowledge of death and sex.