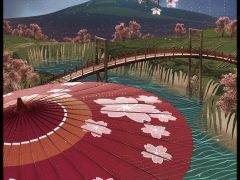 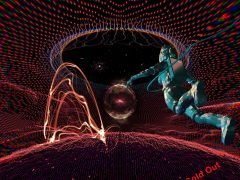 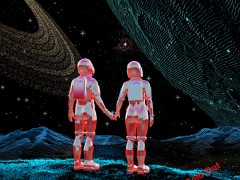 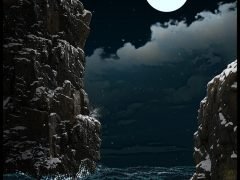 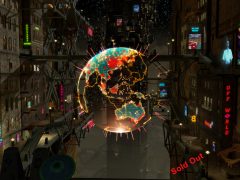 I’m originally from the US. I now live about a block from the beach in Scarborough, Queensland. It’s a small town about 35 minutes’ drive north of Brisbane, Australia. I moved here after spending 14 years in New Zealand. Prior to living in New Zealand, I lived and worked in Boston, Los Angeles, and Singapore.

I attended California College of Arts in Oakland where I studied Painting and Printmaking. After College, I got involved in retouching photos on a proprietary computer system. I worked in advertising in Boston for 8 years. This was prior to Photoshop being on the market. We started using Photoshop after it was introduced. Eventually I taught myself computer animation and rendering. This led me to a job working with an internet start-up in the San Francisco Bay Area. The company went out of business and I landed my first film job in Los Angeles in 1997. My first film job was at Banned From The Ranch in Santa Monica working on Spawn. I created the green self-healing wound effect, and was interviewed in Cinefex magazine.

Before moving to Australia, I spent 20 years working on feature films. I have worked for some of the leading Visual effects companies, including Weta Digital, Lucas Films / ILM, DNEG, and Digital Domain. If you have gone to the movies in the last 20 years you have most likely seen my work. I’ve had the privilege to work on such films as Avatar, The Hobbit movies, Tin Tin, Iron Man 3, all three Planet of the Apes movies done at Weta Digital, Avengers Infinity Wars, and many more. I’ve been nominated for two Visual Effects Society awards.

I have always been creating my own work even while employed in the film industry. In 2019, I started making my own art full time here in Australia. My roots are in painting and printmaking which I currently do alongside my digital art. There is something about painting you don’t get in digital art and visa versa. Crypto Art is exciting to me because it allows me to use the skills I acquired in the film industry. With Crypto Art an artist can create unique limited edition animations and sell them with ownership registered on the blockchain. This is one aspect of Crypto Art I find very exciting.