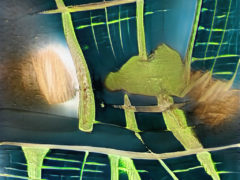 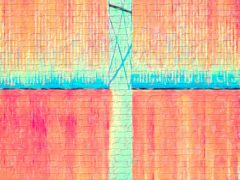 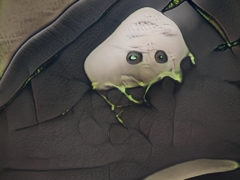 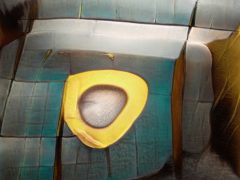 Trained as a technologist in databases, programming, web applications Bård became an artist after hearing Nam June Paik speak to him via Paik’s sculpture “Internet Dweller”. Recently shown in multiple exhibitions by MOCDA in association with University College London

His work is now available as NFT tokenized works on the marketplaces SuperRare, AsyncArt, KnownOrigin, MakersPlace, Viv3 and OpenSea. He now creates work using oscilloscopes, machine learning AI models and laser beams. Despite the arts creation by digital means it retains an organic natural quality due to the use of massive amounts of entropy.

Inspired by science fiction, dystopian literature and philosophy of Jacques Ellul and the art of Nam June Paik, Georgia O’Keeffe, John Cage and Robbie Barrat he fills his work with multitudes and sometimes paradoxical ideas.

A native of Colorado now living in Virginia he has appeared in exhibitions such as CADAF Miami, EthDenver, iDAF Manchester, Rare Art Fair NY, Digital Art Month NYC and projected onto the Daniels and Fisher Tower in Denver.

Often the work is about artificial things in life that are mixed with money, religion, politics, technology, art, cryptocurrency and culture. He tries to find the love and beauty in the darkness but often fails. His art is often inspired by Nam June Paik who embraced randomness, experimentation and highlighting the beautiful flaw that emerges from entropy and the joy of creation.