CryptoArtNet to Present at BGA Demo Day on Friday, Jan 29, 10 AM Eastern! 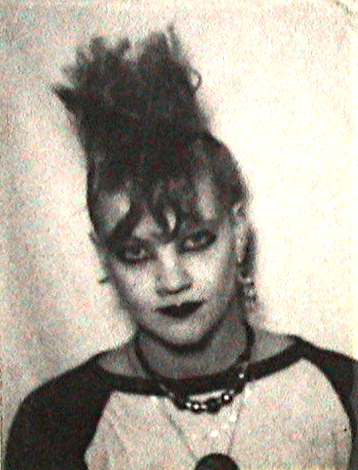 VR Artist, Sculptor & Animator, Angie Taylor originally studied sculpture at art college in Scotland in the 1980s. She created wood carvings, bronzes & steel constructions. She became a prop-maker and progressed into animation. Angie was a punk in the 1970’s. She was a member of CND and supported Rock against Racism. she was also a founding member of Youth Against Tories in her home town in Scotland. She contributed political cartoons to fanzines such as FF magazine and deejayed in many of London’s gay clubs in her 20’s.

After being arrested as part of the Poll Tax riots in the early nineties, she moved back to Scotland to study animation. She then freelanced as a motion graphic designer for 25 years. Through this she became an expert in After Effects and other software applications. She wrote books on design and worked with Adobe as a demo artists in the 90’s before giving it all up to follow her art.

Angie got a life-changing artist’s residency last year where she taught herself VR art software as well as game engines such as Unity and Unreal Engine. She now creates immersive VR projects, digital sculpture & animation.

Angie was a punk in the 1970’s and her work references the energy, anarchy and rebellion of the punk rock movement. She lived in Jamaica for a short time in 1981 before coming back to Scotland to attend art college. While there she was taught wood carving by a Jamaican Rastafarian. Because of this, and her passion for punk rock, her work has a naive/tribal quality. 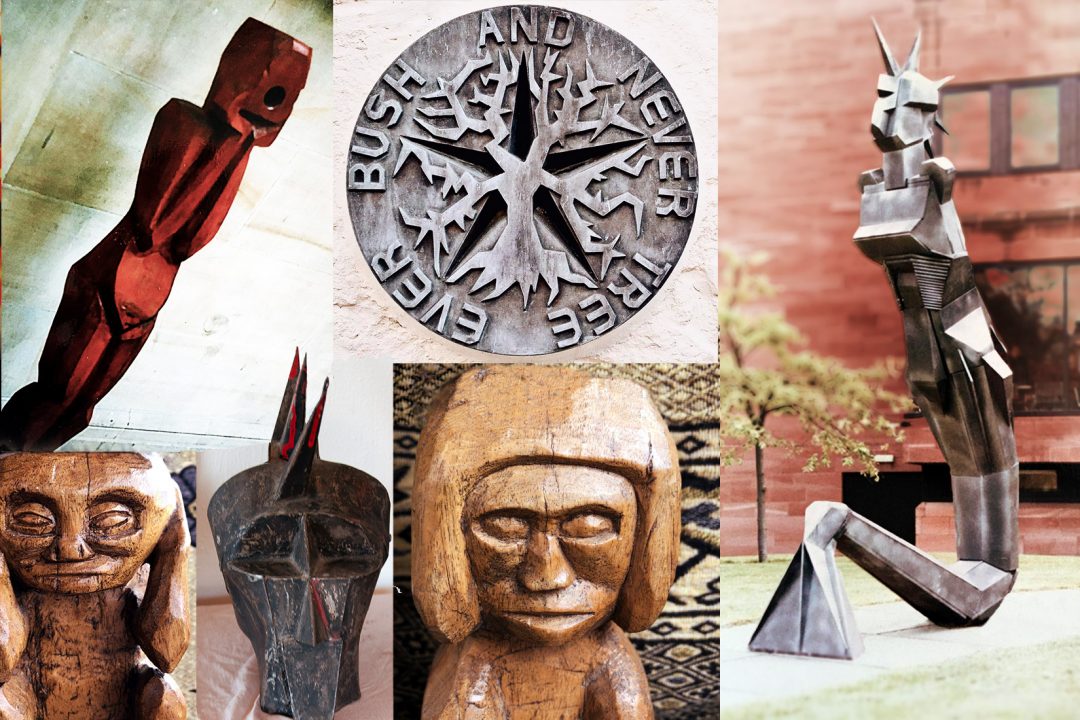 She is a big fan of naive art, rejecting conventional experience in representing real objects. Her digital sculptures deliberately display the polygons they are made from. The slightly wonky, broken appearance echoes her feelings about herself and her feelings of not fitting in to society. Angie has ADHD and Aspergers. This means that her focus in intense but very short lived.

“I wanted to find a way to sketch out 3D sculptures in a quick, expressive, organic way. It’s as if the idea needs to be expressed before I get sidetracked and the idea loses validity. Once the form is there, I can then focus on it for days so spend that time experimenting with lighting, textures and treatments. I used to spend time refining the form  and shape. Till one day I realised that it’s roughness is what contains those feelings. Somehow by refining the form, they lose their power.” 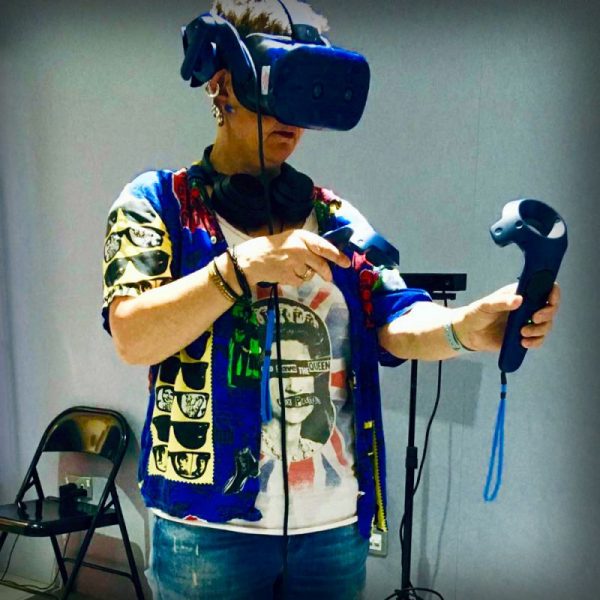 VR software provides her with a means of getting her ideas and feelings out quickly and powerfully. She then spends hours, days, experimenting with different treatments, lighting and rendering. Possibly due to her ADHD, her work is varied and doesn’t stay the same for long. It evolves quickly as she often adopts new techniques and styles at a whim.

To sum up, Angie’s sculptures juxtapose the DIY, Punk ethic of fanzines, with the & fresh immediacy of Naïve art and the technical complexity of VR and 3D digital technology. The subjects of her sculptures often explore feelings of isolation, “not fitting in” and the challenges of living with ADHD and Aspergers. 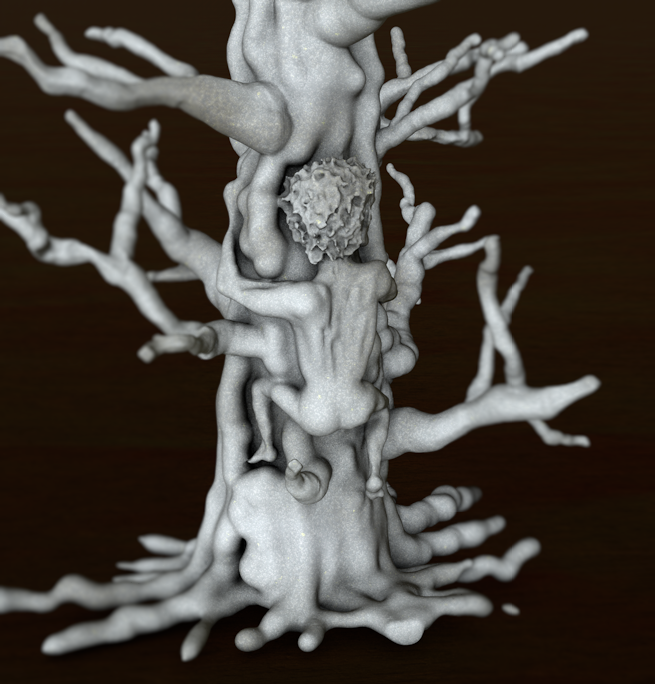 Angie’s work also expresses a a kinship with the natural world. Her early sculptures were of human-creature hybrids such as mermaids, sea creatures and man-eating plants. Angie has also focused much of her creative work on the poor souls who were persecuted during the witch trials in Scotland.

She has a bronze sculpture on site in Irvine which commemorates the people you were persecuted and lost their lives there as a result of just being different. Her work often has elements of metamorphoses running through it with tree-people being a regular theme.