Recent discussions on CryptoArt Twitter point to the need to support a stronger presence of women in cryptoart. While the cryptoart scene seems more welcoming to women overall than many tech domains, women make up only 20% of CryptoArtNet listings.

Hopefully more discussion and action are ahead. For my part, highlighting the women who have listings at CryptoArtNet seemed like a good place to start. There is some ambiguity around gender in some cases so I may be adding or even subtracting from this list in the near future. If I get one wrong, let me know!

Let me also say that CryptoArtNet is very supportive of the presence of all genders and gender combinations. Binaries can be useful but ultimately limit human identity and artmaking in sometimes brutal fashion.

The cryptoart scene has generally been a very positive and welcoming space. Part of what’s great about it is its international makeup. I’ve been very glad that artists choosing to create listings on CryptoArtNet offer a strong representation of many different parts of the world.

Women of CryptoArtNet (Alphabetical with notes from Artists’ Listings) 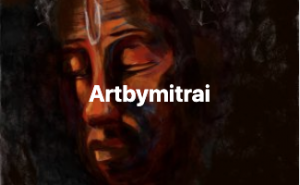 Indrani is a self-taught artist inspired by the shapes, colors and form of natural objects. She is especially moved by the engaging simplicity of illustrations created for children and how Vermeer’s treatment of light can bring out the ethereal beauty of a simple moment in time.

She was elected for juried exhibition, lightandspace, which was impactful in focusing her research efforts into a variety of new methods and techniques. She has entered a more experimental phase with digitized works and the use of digital tools paralleling her discovery of blockchain technology which she sees as an open door to a whole new world of possibilities. 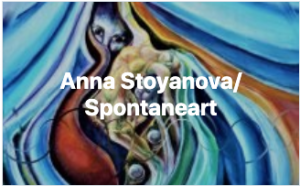 Traditional and digital painter. I am working in different styles and techniques, and I am mixing them digitally….

With the event of the internet and the new technological progress, I discovered a new way to express my creativity and started to paint digitally. At this moment I am creating daily digital art, very personalized, because, usually I love to create with custom brushes that were painted or designed in separated applications. Mostly I am remixing my photos of my traditional art in different variants and techniques and I am experimenting new ways to create. Some of my fans called my transformations of old art in new “Recycled art”. 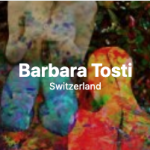 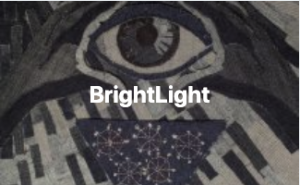 I am a Mixed Media Artist from England who enjoy’s experimenting with various mediums to create pieces to provoke thought and prompt the observer to look and explore. 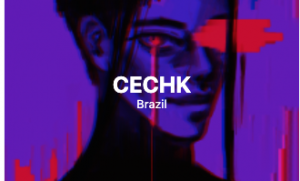 CECHK is the pseudonym used by Gabriela Cecchin, a brazillian visual and crypto artist.

The themes of her works includes a neo-cyberpunk world, a glitched reality, womanhood, mental illnesses, substance abuse, and the self reflected ego on the internet.

Using bold colors and a unique painting style, she seeks to communicate chaos through her art. Creating her works with traditional and digital techniques, she explores the tangent between reality and digital reality.

Her works are inspired by the works of Francis Bacon, João Ruas and Katsuhiro Otomo. 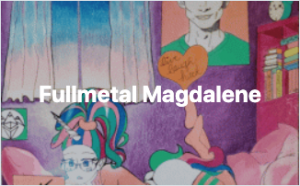 All my life I have loved creating visual works that I would describe as ‘Art Out Loud’. My artistic influences include Andy Warhol, Roy Lichtenstein, Theodor Seuss, and Leonardo Da Vinci. I love celebrating the female form in my works. My pieces incorporate influences from my findings in psychology, theology, blockchain technology and pop culture; as well as my personal journeys through meditation and psychedelics.

‘Become content at heart, while also remaining discontent and disobedient; indeed become contented and agreeable (only) in the presence of that other Image of nature.’

The Gospel of Mary Magdalene 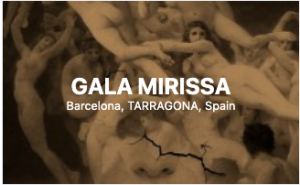 Gala Mirissa is a digital artist based in Barcelona and Reus (Tarragona). She works still artistic digital artworks, but one particularity of Gala are their multifaceted skills in the combination of Photography and Art with motion graphics and thus create something that looks alive, feeling the movement as an universal language and the song of our bodies.
Finalist in VISUAL ARTIST AWARDS MIAMI 2018 for The Best Technical Innovation, she was selected in the International Filmaker Biennale Women Cinemakers and interviewed for claim the participation of women in Multimedia Art.

In 2015 she began to develop the Redhawk effect using morphing softwares. Inspired in George Redhawk and Bill Domonkos, soon she began to have more curiosity for all the specialities about motion art while she was developing their Artworks.
She studied Philology, Madrid, and Multimedia at the UOC, Catalonia. 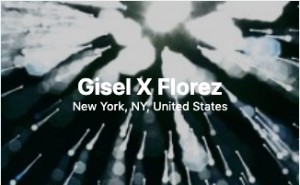 GiselXFlorez is an artist that incorporates photographic & cinematic techniques with conceptual practice to explore the ways in which we are interconnected within the space of existence. Gisel creates using traditional manual controls with a digital 4×5 incorporating immutable technology on various platforms & blockchains such as ETH EOS, DGX, ENJIN & WAX. She is currently is developing a VR immersive installation & forming artistic community initiatives within Cryptovoxels & Somnium Space. 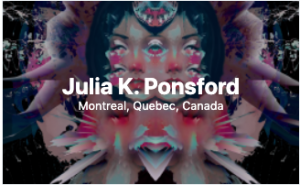 Julia K. Ponsford is a self-taught inter-planetary and multi-disciplinary crypto artist residing in Montréal, Québec and a founding member of the Alien Art Hive collective. Her visual arts style is ever evolving and hard to pin down, thriving on experimentation and floating through a world of dreams. Recent interests involve creating psychedelic inspired collages using the assistance of artificial intelligence elements. She is also an ambient electronic musician and enjoys making hypnotic and surreal soundscapes and has recently began mixing mediums to create multi-sensory visual and auditory experiences. 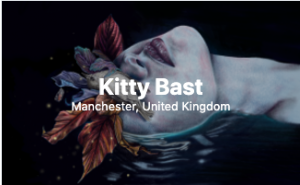 Kitty Bast creates characters that reappear and reside in a place where things are not as they should be. They each have a name and are often found in scenes of ambiguity for the viewer to unravel. Each piece of work is like a window with a view into the characters world.

I am aware of the boundaries of language. Art gives us a way to release what lives inside our head.

Kitty was awarded at the Khojaly Peace Prize for her work in the exhibition & ceremony held at the Houses of Parliament in London 2017.

She is also a Tattoo Artist and Studied BA & MA Fine Art at The Manchester School of Art, UK. 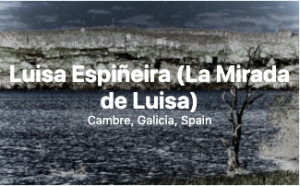 I am a photographer and digital artist based in Galicia, Spain. I’m in love with spaces without people or in which people are only part of the landscape. I like the long exposure, I can spend hours trying to get the perfect picture. Then the editing part will begin, until I get what I am looking for, what I felt when I decided to photograph that space. I use Photoshop, After effects and Premiere to editing a to animate my images. 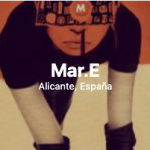 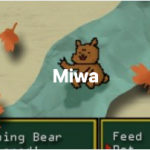 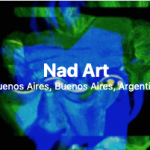 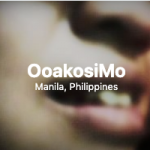 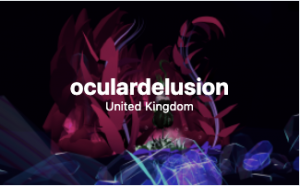 I’m a writer and multidisciplinary artist transplanted from the West Coast of California to the Norfolk coast of England.

My visual work straddles analog and digital media – from traditional letterpress printing to still and moving lens-based images and large-scale animated projections on medieval buildings. A longtime participant in multiuser digital worlds, I’m currently exploring the possibilities of VR and cryptoart as tools of expression.

Founding member of 105collective.uk, a group of UK-based cryptoartists bringing a diversity of voices to the cryptoart space. 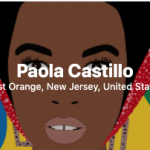 Minimalist Illustration Artist-Inspired by fashion, social media, toys and beautiful people all around the world. 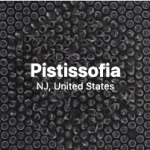 Pistissofia is an interdisciplinary artist from Montreal (CA) based in NJ (USA). She works in performance, installation and publication. 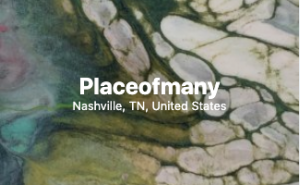 Brandi Kyle aka PlaceofMany is a traditional and digital artist based in Nashville, Tennessee. Since her first cryptoart piece was published in 2018 she has expanded her art presence from the physical into the digital using pour painting textures to drive her 3D works while still painting Velvet as well. 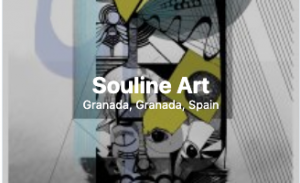 Argentine artist currently residing in Spain. World traveler. Through my works I try to reflect how labyrinthine reality can be. Combining different techniques, styles and registers, I recreate the complexity of the perspectives that surround us. The lines prevail in my works, through which I seek to play interactively with my works to unite them and create more complex structures and symbolisms. 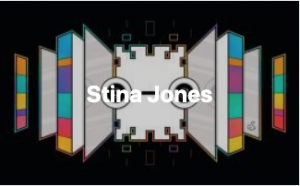 Stina Jones is an independent artist, best known for her quirky character designs which incorporate her trademark use of clean lines and bright, happy colours. She has managed to find an overlap between her two main disciplines – Graphic Design and Illustration – creating her own niche in the digital art world. 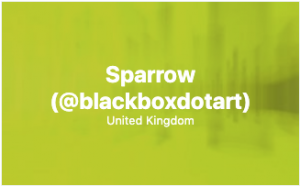 Sparrow Read is a software engineer, traditional artist (encaustic wax medium) and digital artist. Finding a synergy between technology and art, Sparrow explores the latent space of Generative Adversarial Network (GAN) deep learning algorithms and other digital manipulation techniques to create artworks that are a collaboration between human and machine. Most recently she has been creating “programmable art”, where owners of individual elements of an artwork can control the rendering of a master image to create an artwork that changes over time based on their selections. Her current focus: allowing control of some elements of the master artwork to be controlled by external data, such as weather, Tweet sentiments and market prices. 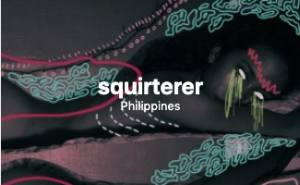 Squirterer is a fine artist from the Philippines. Mainly focusing on traditional media, she found herself experimenting with digital media. Though the majority of her works are oil painting, she also does photography, video art, sculpture, and a bit of animation. She likes to explore human experiences and the unconscious mind.

Her works have been exhibited in various exhibitions in the Philippines.

All photographs are original and are taken by her. 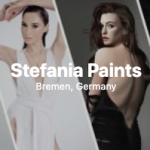 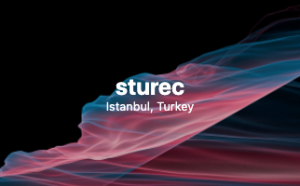 I am a multifaceted artist with a lifetime of trying to find a career that not only suites but also inspires. trying a multitude of different crafts. Geometry loves colors and I love them both..

Studied industrial engineering back in college and have masters degrees in graphic design and computer technologies. Love coding, designing, tattooing and swing trading. 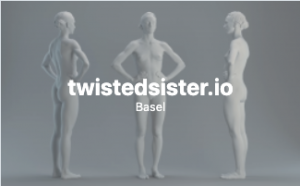 Brigitte Fässler is a member of TWISTEDSISTER.IO: a project-based multidisciplinary collective of artists and designers exploring new avenues of artistic production in the digital realm. Connecting visual thinking, game theory and incentive systems as elements of social interaction and collaborative creation practices, the eponymous project investigates the forces behind manifestations of self-portrayals in social media networks. 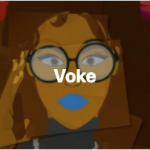 digital artist. works range in methods of creation; from digital paintings and doodles, to GAN-assisted works, to minimalistic expressions in the form of digital glitches.

We welcome all cryptoartists at CryptoArtNet and would love to see more women and folks with all possible gender identities join us, even if you don’t wish to disclose such identity!