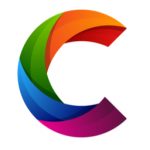 This edition of CryptoArt News focuses on cryptoartists with CryptoArtNet listings. Last week we reached our goal of 100 Founding Artists a bit early. Originally expected by the end of June, new members kept on coming in and now we have a rich array of Artist listings where you can discover new cryptoartists and find out more about ones with which you’re familiar!

Early CryptoArtNet member BruceTheGoose is one of the organizers behind Nifty Pride, a LGBTQ event happening in Cryptovoxels to celebrate Pride 2020:

“Join us in Cryptovoxels as we host the metaverse’s first ever pride parade and afterparty. Grab a pride flag wearable, put on your gayest outfit, and march with us in celebration of individuality and freedom of choice as we parade through The Bronx before gathering in the North Tower for an epic after-party!”

Want to have your art displayed at the event? Here’s the Creator Submission form.

You can also Sponsor The Event!

Sparrow, who may well be the most respected artist in the cryptoart game, dropped some knowledge in a discussion organized by the Blockchain Game Alliance on women in the blockchain industry.

“Making the space welcoming – to everyone – will mean we include everyone. And really, that is the path to wider adoption.”

“In art, in gaming, in blockchain, every one of us can make a difference by actively building a space where people feel like they belong & can contribute.”

She also appeared in a two part episode of Josie Bellini’s Behind the Art with Josie:

Behind the Art with Josie – Sparrow – Part 1 and Part 2

Matt Kane has made multiple recent appearances in cryptoart and NFT news media including an interview in NIFTIES with a powerful perspective on the potential of the cryptoart community:

“This community is a grand experiment with limitless potential to inspire and influence the outside world. The reality is that much of the world is sick right now and has been for some time; long before this virus. If we can show the world what a healthy and sustainable community looks like, it will go a long way toward mainstream adoption. People prefer to be healthy, want to be loved, want to be connected to inspiring people. We can be those people. We can become the model that makes the old model obsolete.”

Matt also appeared on Behind the Art with Josie Bellini:

Mlibty’s Fall of the Bureaucrats

JUΞRGΞN HOΞ₿ARŦH / Johvan Hartmann may not yet be on CryptoArtNet but he did recently write a review of Mlibty‘s Fall of the Bureaucrats exhibition in Cryptovoxels which took place in late May. The review appears in Hartmann’s new Medium publication for the NFT.ART project.

/Fall of the Bureaucrats/
Virtual Papertoys exhibition, in occasion of cancelled exhibition due to COVID-19, in MMC Umag, Croatia.
Click the https://t.co/2w1wKFrQtm and enter the @cryptovoxels metaverse!
Search for hidden free Bloody Percents $BPC! pic.twitter.com/fX2CSeUYbW

Not kind of toys you played with when you were little, but
all 20 papertoys from the MLIBTY series, from 2012. are now free for download on https://t.co/AZyHjhpFFe

Spaced Painter was recently noted as KnownOrigin’s top selling artist of the week. It’s not the first record the artist’s set at KO including highest priced sale on KnownOrigin for a collaboration with CryptoSpectr.

Museum of Crypto Art has been a big collector of Spaced Painter’s work:

Spaced Painter and GALA MIRISSA in TIME FOR CHANGE

Spaced Painter is also participating in MakersPlace current TIME FOR CHANGE show in Cryptovoxels as is GALA MIRISSA:

Take a look of ART OF CHANGE, an unique art piece edition, submited to the Showcase “Change” in collaboration with @jungwatercolor and @Gala_Mirissa https://t.co/BG64mhu3PS

Ferris Bullish is participating in this weekend’s Cryptoartathon, one of many events taking place in or with adjuncts in virtual worlds like Cryptovoxels

I’m participating in the #cryptoartathon exhibition this weekend at @cryptovoxels. The event is part of 48h Neukölln Festival @48hNk

On Monday Mintbase has a launch party in Decentraland for artists including Sparrow, MLIBTY and Mr. Monk:

In May, cryptoart gallery/platform SuperRare launched SuperRare Editorial to provide an “open editorial space where artists, collectors, curators, critics and scholars share and discuss crypto art in a deep and meaningful way.”

Many of the early contributors include cryptoartists with listings on CryptoArtNet:

Reflections on the Purpose of Contemporary Digital Art by Yalo

Leaning into the Light by Matt Kane

SuperRare Editorial also profiled a number of artists in this weekend’s Crypto-Pop opening of the SuperRare Museum of Art in Decentraland. Participating CryptoArtNet artists include Bryan Brinkman, Fabiano Speziari and obxium.

Max Osiris is back on SuperRare. Congrats!

my first piece back after a 5 month kerfluffle over some things that were finally sorted out via human to human conversations. we’re all on the same mission to popularize and make #cryptoart the future pic.twitter.com/0YYTs0oxN7

Let’s end on that touching note!